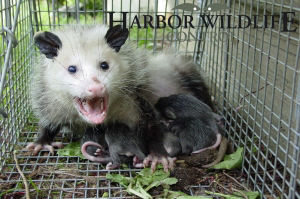 The Virginia Opossum (Didelphis virginiana), commonly known as the North American Opossum, is the only marsupial found in North America north of the Rio Grande. A solitary and nocturnal animal about the size of a domestic cat, it is a successful opportunist and is found throughout Central America and North America east of the Rockies from Costa Rica to southern Ontario (it was also introduced to California in 1910, and now occupies much of the Pacific coast); it seems to be still expanding its range northward. Its ancestors evolved in South America, but were enabled to invade North America in the Great American Interchange by the formation of the Isthmus of Panama about 3 million years ago. It is often seen near towns, rummaging through garbage cans, or lying by the side of the road, a victim of traffic. 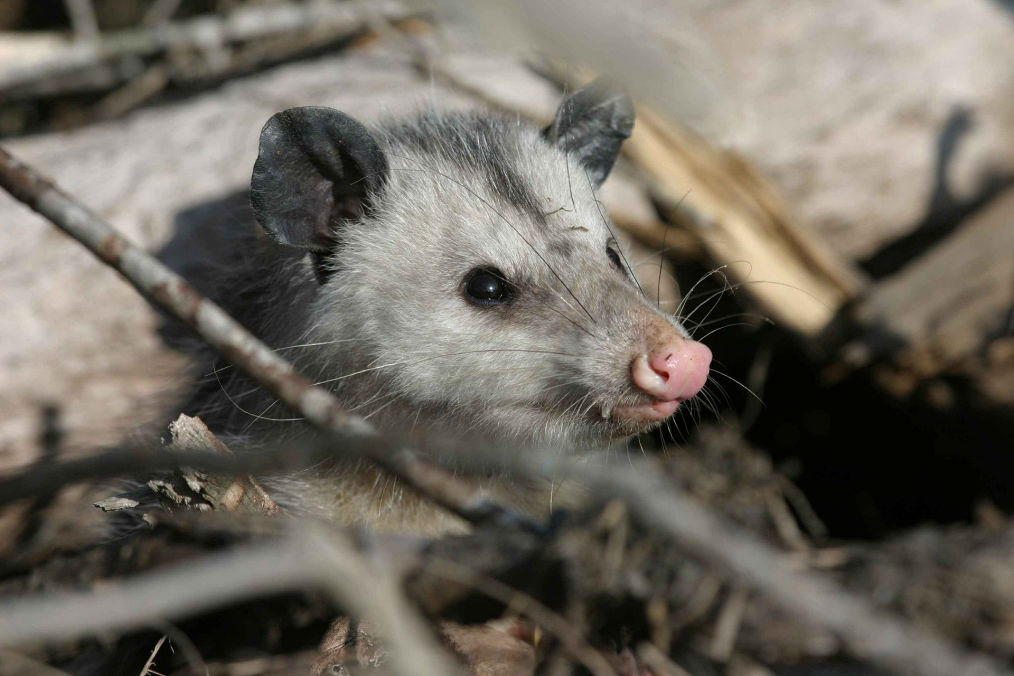 It is the largest member of its genus, family and order and is the largest of the opossums. They are typically 15–20 inches (38–51 cm) long and weigh between 9 and 13 pounds (4–6 kg). Their coats are a dull grayish brown, other than on their faces, which are white. Opossums have long, hairless, prehensile tails, which can be used to grab branches and carry small objects. They also have hairless ears and a long, flat nose. Opossums have 50 teeth and opposable, clawless thumbs on their rear limbs.

The Virginia Opossum is noted for its reaction to threats, which is to feign death. This is the genesis of the term "playing possum", which is used to describe an attempt to pretend to be dead or injured with intent to deceive. In the case of the opossum, the reaction seems to be quite involuntary, and to be triggered by extreme fear. It should not be taken as an indication of docility, for under serious threat, an opossum will respond ferociously, hissing, screeching, and showing its teeth. But with enough stimulation, the opossum will enter a near coma, which can last up to four hours. It lies on its side, mouth and eyes open, tongue hanging out, emitting both a green fluid from its anus and an odor putrid to most predators. Besides discouraging animals who eat live prey, playing possum also convinces some large animals that the opossum is no threat to their young.

Like raccoons, opossums can be found in urban environments, where they eat pet food, rotten fruit, and various human garbage. Though many humans mistakenly consider opossums to be rats, opossums in fact are not closely related to rodents at all, rarely transmit diseases to humans, and are surprisingly resistant to rabies, due mainly to their lower body temperatures when compared to most placental mammals.

Opossums are omnivorous and eat a wide range of plants and animals such as fruits, insects, and other small animals. Fruit of the persimmon tree is one of the opossum's favorite foods during the autumn. Opossums in captivity are known to engage in cannibalism, though this is probably uncommon in the wild. Placing an injured opossum in a confined space with healthy ones may not be in its best interest.

Serving the Following areas for Groundhog or Woodchuck Removal: